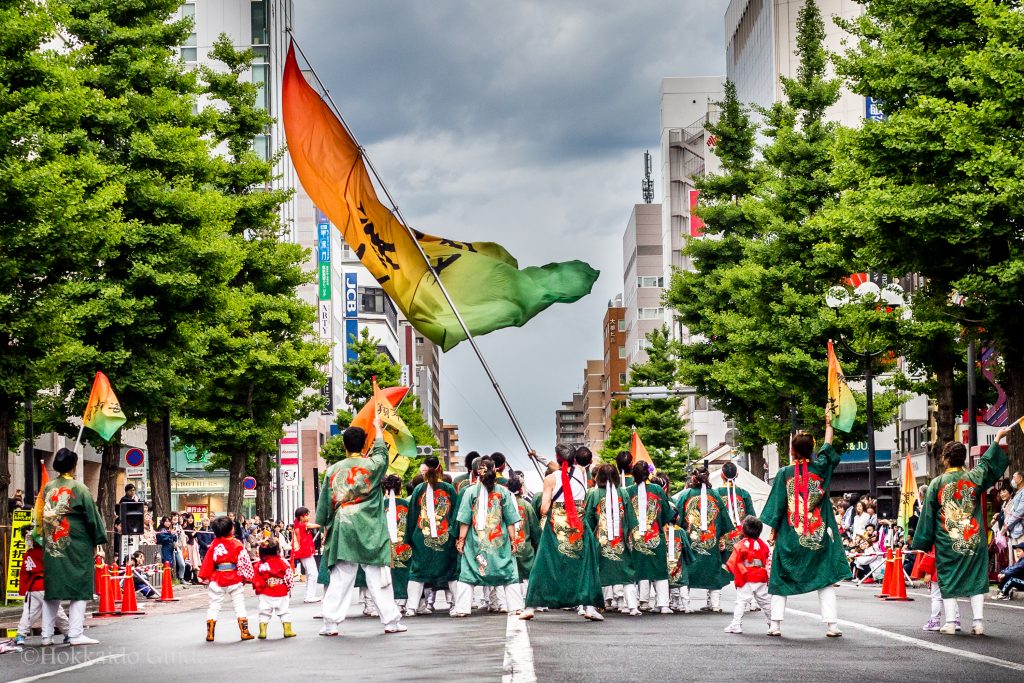 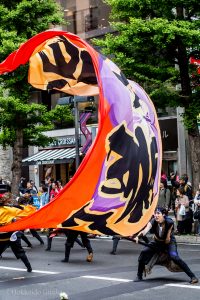 The Yosakoi Soran Festival is an energetic dancing event based on the Yosakoi Festival of Kochi Prefecture which was first held back in 1954. The style of dance is highly energetic, combining traditional Japanese dance movements with modern music. Yosakoi is performed all over Japan at festivals. Sapporo’s Yosakoi Soran Festival was first launched in 1992. The dances feature naruko clappers, colorful costumes and Hokkaido’s ‘Soran Bushi’ folk songs. From its origins of 10 teams with 1,000 dancers, it has bloomed into a major international event attracting some 30,000 dancers from within Japan and from abroad. Every year brings up to 20 million visitors. It runs for 4 days with the top teams performing in Odori park for the final. 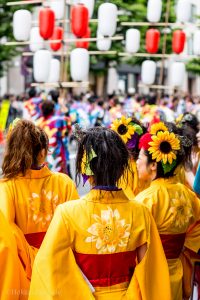 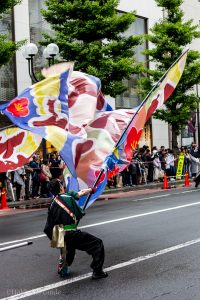 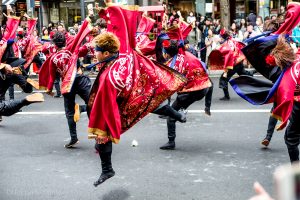 The teams are made up of men and women from all ages and all walks of life; students, homemakers, and workers. The teams perform all over Sapporo from afternoon to the evening. There is a great energy at these performances and the performers put a lot of effort in. They are always smiling and happy to pose for photographs. The best teams are selected to perform on stage in Odori park on the final day, where the event is televised. Many of the roads are blocked off to traffic so its very easy to walk aorund and view the various teams. 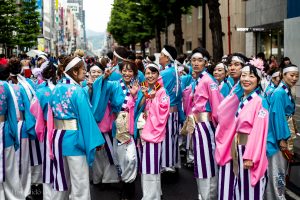 The energetic choreography, vibrant costumes and make-up are part of the festival’s attractions. The costumes are made up of ‘Happi Coats’ and yukatas (light cotton kimonos) and are based on historical attire, popular fashion, or ethnic fashions. All members of the teams wear similar costumes and look fantastic together. Many teams carry and use the ‘naruko’ (small wooden clappers) and each member has one. The use of naruko is required in yosakoi dance but over the years, many teams use other hand held instruments or props, such as drums, flags, batons, wagasas (Japanese style umbrellas), and floats. The head of each team usually has two singers or presenters that sing to a loud backing track, and there are typically one or two flag bearers at the rear of each team that wave giant flags to the music. Yosakoi is a colorful spectacle, and is a big event on the Hokkaido calender! 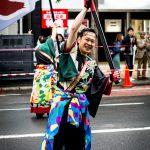 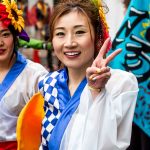 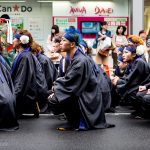 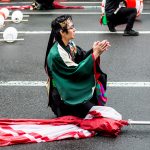 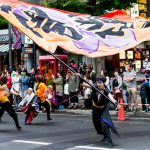 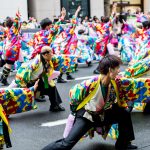 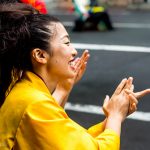 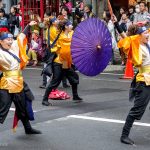 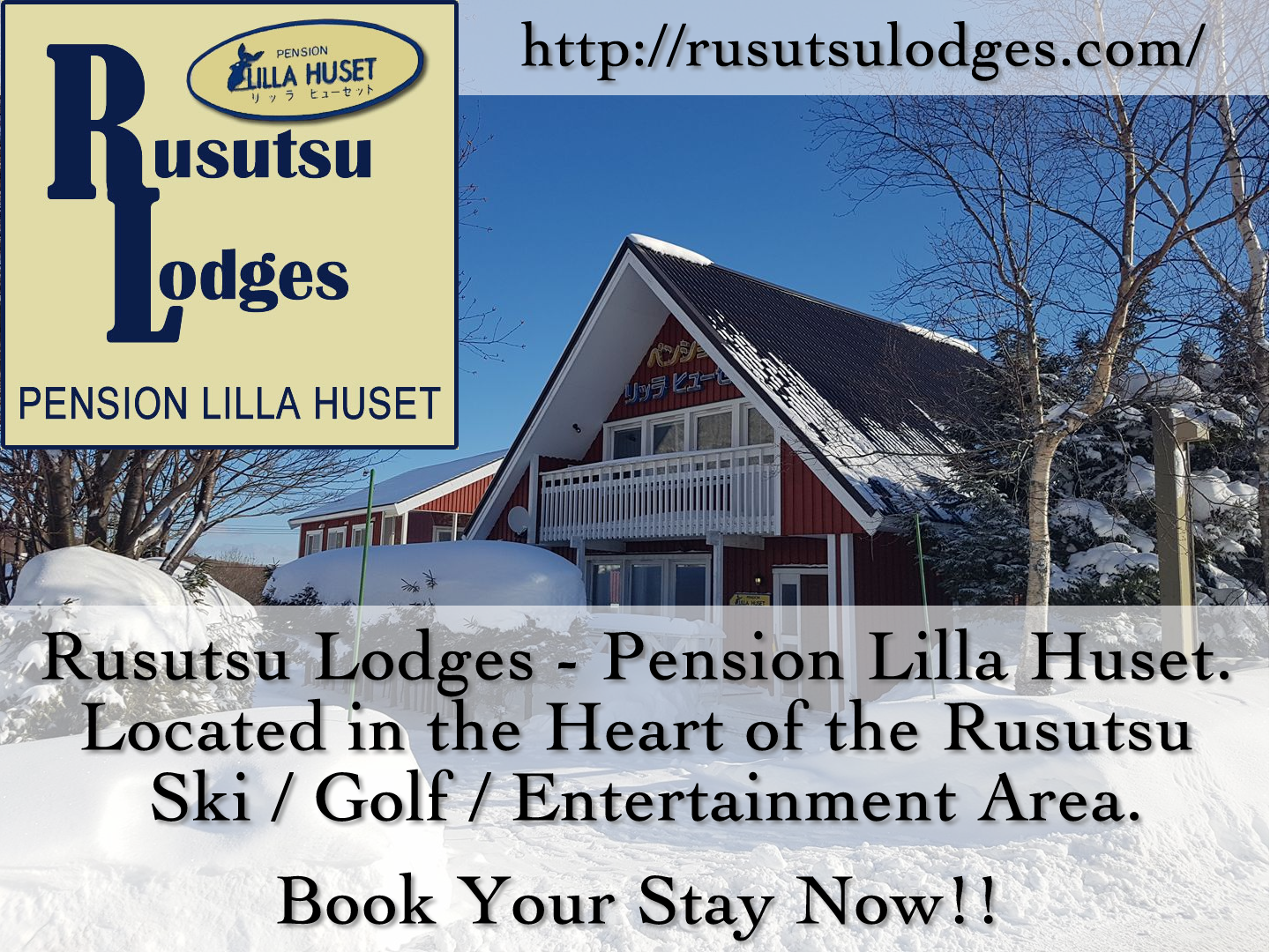 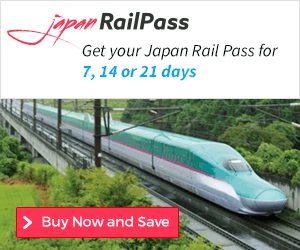